Philadelphia is a winning city! Now that the Eagles have brought home the Lombardi Trophy for the first time in franchise history, Philadelphia has officially won a championship game for each of the major team leagues.

Not only is Philadelphia a rising champion in its sports leagues, it is also a winner in real estate. The Philadelphia home market is strong, and only continuing to get better. After all, who wouldn't want to live in the city of champions?!

There are homes available in nearly every price point throughout the city's top neighborhoods. At the start of January, the price for market-rate properties ranged from $58 to $1,620 per square foot, NeighborhoodX reports.

Check out the price per square foot in various Philadelphia cities with the chart below. (Click the image for an interactive version posted originally by Curbed Philadelphia!) 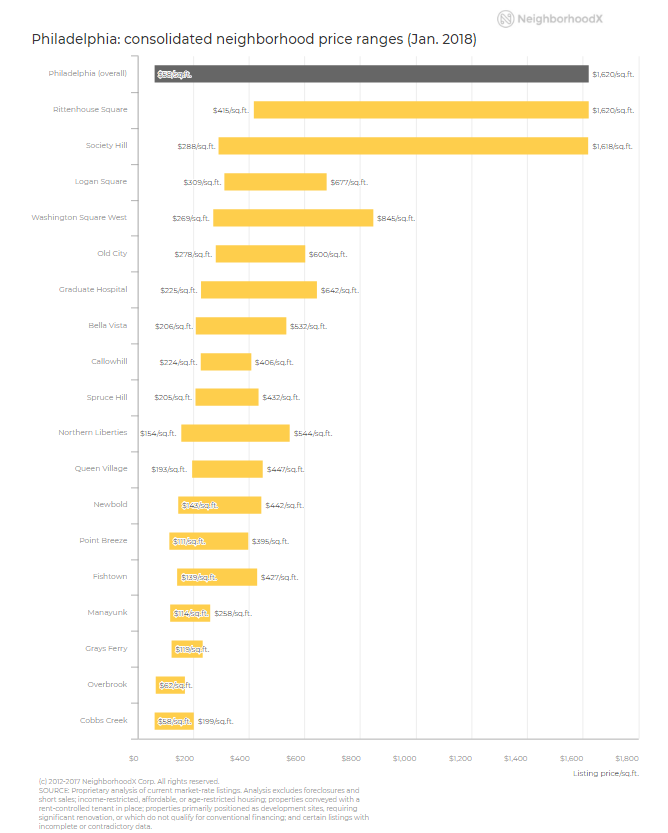 Want to live in the city of winners? Click below to search homes for sale in these popular Philadelphia neighborhoods!

To continue searching, you must agree to the Terms of Use.

For the best experience, please provide your cell phone number and select accept below to opt-in to our Terms & Conditions and Privacy Policy to begin receiving text and voice communications.

or make a new notebook

Redirecting to searchgreaterphillyhouses.com to complete your search.

Verify the value of your home,
maximize your investment and see local market activity.

We just need your phone number to finish creating your account.